Chelsea is in her second season coaching at CMASS. Her experience comes from many years of playing in high school and she also played two years at Westfield State University. She loves volleyball and continues to play for fun when she finds time between work and coaching!

Roger has been coaching youth clinics for CMASS since 2013. He has been the Varsity coach at Westborough High School since 1999, won two state championships there and run numerous camps and clinics for the town of Westborough during that time. Roger is a member of the Massachusetts Girls Volleyball Coaches Association Hall of Fame.

Mary has been coaching volleyball at Westborough High School since 2010 as an assistant varsity coach and freshman head coach. She started coaching at CMASS in 2014. Mary learned volleyball by playing grass doubles and co-ed leagues in northern California.

Steven has been coaching with CMASS since 2018. He has been an assistant coach with Westborough High School since 2010. Steve’s love for the game come from playing beach and indoors on the West Coast, Minnesota, and Purdue Men’s Club team.

Noah has been coaching at CMASS since 2014. He has coached and played NERVA/Yankee/USAV volleyball for many years. During this time, he has coached girl’s clinics in Acton, boy’s Bay State Games teams, as well as men’s and women’s club teams in Cambridge and Waltham.

Alex started coaching for CMASS in 2018. She played division I volleyball for Xavier University as a 4 year starting middle blocker (2010-2014). She holds several school records for blocking and hitting, including the most blocks in a single match. She played club volleyball for Columbus Volleyball Academy (2008-2010). In addition to CMASS, she has been the assistant at UMass Dartmouth since 2017. She has coached at various clinics and camps throughout her career. She continues to play competitively in adult indoor/outdoor tournaments.

Marissa is entering her fourth season coaching for CMASS. She played many seasons at CMASS throughout high school. She played four years and Blackstone Valley Technical high school. She went on to play Division II NCAA volleyball at the College of Saint Rose where she played both middle hitter and right side. She transferred to Johnson & Wales University where she was a starter middle blocker for three consecutive years. While at JWU, she won a GNAC championship and was chosen for the all-tournament team. She loves the sport and still continues to play indoor and outdoor volleyball for fun!

Pam is in her 2nd year coaching at CMASS. Starting her career in CA including playing for Orange County Volleyball Club, she went on to play division 1 volleyball for University of the Pacific, winning a national title in 1986. She also coached juniors and college for several years, both men and women. As an adult she played AA at USAV nationals several seasons.

Brett is in his second season coaching for CMASS. He began coaching in the mid 90’s at Milford High School as the JV coach along with a few seasons at Hard Rock Volleyball Club. Brett joined Wheaton College (MA) as the 1st assistant from 2003-2006. He also spent 7 years as the Head Coach for the Brandeis Men’s Volleyball Club. He also spent several years playing and coaching adult teams in USAV at the AA level.

Amy’s coached for CMASS since 2019. Her experience comes from many years playing beach doubles as well as women’s and co-ed Yankee/NERVA indoor volleyball.

Sreela has been a coach and on the board with CMASS off and on since 2002. She has simultaneously coached freshman, JV, and Varsity levels in Missouri and at Hudson High School for 9 years. She has also coached for Carolina Juniors Volleyball Club in Charlotte, North Carolina, for a year, as well at many summer clinics throughout the years.

Abbie played volleyball for two seasons at CMASS throughout high school and just completed playing her fourth season on the varsity volleyball team at WPI. She has experience running youth clinics, coaching at the WPI volleyball camp for the past three years, and was also a head coach at CMASS in 2018.

Bob has been coaching for CMASS since 2006. He has also been Acton-Boxborough’s freshman coach for 10 years. He has run both youth and adult volleyball programs in AB for more than 15 years. Bob has his CAP II and Gold Medal Squared coaching certification.

Jeff has been coaching for CMASS teams since 2003. He has also been a JV or Assistant Coach at Westborough High School since 1999. Jeff’s assisted clinics at both CMASS and Westborough as well.

Paul has been coaching for CMASS since 2016, while continuing to remotely run the Girl’s JO program he founded in 2012 in Mobile, AL – Legacy Volleyball. He has previously held assistant D1 Women’s Volleyball coaching positions at Middle Tennessee State University (2010-2012) and University of South Alabama (2012-2014). During his tenure at Middle Tennessee, they garnered a conference championships, had 2 NCAA appearances, and were a top 50 RPI program. Additionally, he has continued to coach numerous camps and clinics each year including AVP first, Penn State Volleyball, and with his mentor, Gold Medalist Pat Powers with vbclinics.com.

Liddy played for CMASS for 6 years and Algonquin Regional High School for 4 years. She is a first year coach with experience coaching youth volleyball camps.

Becca has been coaching for CMASS since 2007. After playing for us for 4 years, and a 1 year stint with Mass Pats, she became the starting setter for Wheaton College all 4 years, captain her senior year and holds the school record for all-time assists as well as several other school records. Becca has also coached at Masspike VB camp for 4 years and Boston College VB Camp for 2 years, as well as held an Assistant Coaching position for Assumption College. She continues to compete in adult indoor tournaments.

Jenna has been coaching for CMASS since 2012.  She played for CMASS for 5 years and went on to play 2 years at Keene State College.  She has also coached clinics at The Fieldhouse in Sudbury and summer clinics for CMASS.

Pam has been a coach/co-director at CMASS since 2002. She was the Varsity Asst/JV Coach at Lincoln-Sudbury RHS for 8 years and was an Assistant Coach at Assumption College. Her coaching experience also includes 9 years as head coach at Masspike VB Camp, 5 years at the Fieldhouse VB camps and clinics, and 2 years at Tsunami VB camp. Pam was a 3 year starter and 2 year captain at University of Maryland, and has competed at the National Open level in both indoors and beach volleyball. Her accolades include being a two time national champion and national All-Tournament.

Janice has been coaching for CMASS since 2018. She has been an assistant varsity coach at Westborough High School since 2012. Janice’s prior coaching experience includes head coach of UMass Lowell Men’s Club Volleyball team, head coach of girl’s teams for the Bay State Games, and assisting at various youth and adult clinics. Janice played volleyball at the University of New Hampshire, played competitively indoor on NERVA teams as well as competitive beach and grass doubles.

Riley has coached for CMASS since 2016. She played three seasons with CMASS, then coached youth clinics before assisting and then head coaching CMASS teams.

Sarah played club at CMASS for one year and then at Dig Deep Volleyball through the rest of her high school career. She played at North Middlesex Regional High School for four years and now plays at Worcester State University. Sarah has helped run many camps and clinics for her high school team.

Tammy has been coaching for CMASS since 2020. She coached for 15 years in several clubs including Mass Patriots, Smash, Metrowest, and Baystate Jrs, taking several teams to Nationals. She is currently in her 21st year of coaching at Milford HS (alma mater) and her teams have won numerous District and League championships. She coached one year at Allegheny College, and then 10 years at Meadville Area Senior HS in Pennsylvania where she took 4 teams to the state tournament. She is a member of the Milford High Hall of Fame and the Mass Coaches Association Hall of Fame. Tammy played volleyball at Clemson University on a full scholarship. She has led or worked at various collegiate and youth summer camps around New England and Pennsylvania. Tammy has attained a CAP II certification.

Jack has been coaching for CMASS since 2010. He has been the Head Varsity coach and JV coach for Fay School and is an instructor for the Fay Summer Discovery Camp. Jack has coached and played for Boston Knight Chinese Athletic Club’s men’s elite volleyball team.

Steph coached at CMASS for 6 years and was a fantastic role model for so many of our players before passing on 9/21/18 from colon cancer. She was a 4 year player for Assumption college and captain her senior year. CMASS misses her tremendously. 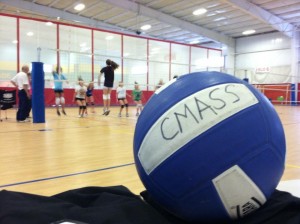 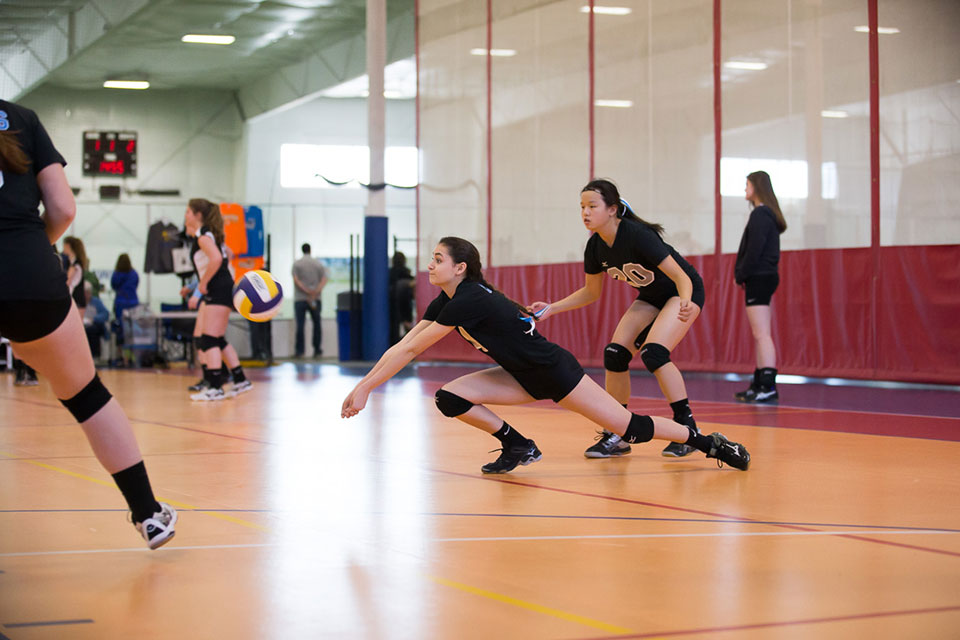 Fill out my online form.
Scroll to top